Swiry Nyar Kano Says People Call Her Witch Because of Her Dressing, Makeup 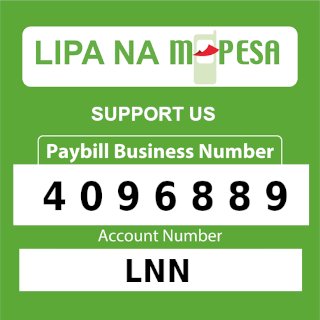 Kenyan TikToker Vivian Taabu Okumu popularly known as Swiry Nyar Kano has gained traction on social media due to her vast knowledge of the African culture.

Since May 2021, the young lass has been posting information on African history and heritage on TikTok, something that leaves audiences startled. Taabu has a whooping one million followers on the app and her posts have amassed 12.5 million likes so far.

Speaking to Lynn Ngugi, Vivian revealed that neighbours from the village she was residing in dubbed her Nyar Kano and she adopted the nickname as it came authentically to her. The fashion enthusiast revealed that she drew her passion for sowing from her mother adding that she seeks inspiration from nature.

Nyar is a firm believer of as above so below, and as within so without. This means that everything we interact with is a reflection of what we have within. She revealed that wet dreams and menstruation cycles are a sign of re-energizing, adding that men are stronger than women as they re-energize on a daily basis.

"I use the third eye as a form of protection," she said.

She opined that witchcraft was demonized by the Western world as they were afraid of the power Africans would possess if they were enlightened. Vivian stated that during colonization, Africans were enslaved and prevented from reading and writing in order to block their minds.

Taabu disclosed that the day Africans will start studying astrology, they will realize that the African map is upside down, they will avoid reading time the European way, and they will stop despising themselves at the expense of foreigners.

Nyar divulged that the Ancient Greek knowledge was acquired from Africa by philosophers who took the information to their countries. She added that the pyramids in Egypt were built by Africans who met there to trade.

Okumu said that unlike what most people believe, the pyramids were not tombs for Pharaohs. She disclosed that they contained gold crystals at the top that had frequencies that kept Africans aligned. The foreigners were jealous of the balance the crystals brought and they fought over them.

As for the Bible, Swiry opined that it is a collection of different mythological stories from different communities composed to create a tool of control. She revealed that the current Bible has been tainted by foreigners over time to push their own agenda.

"It is a collection of droplets of truths from different sources," she stated.

She called out foreigners for scrapping off words and books from the Bible where black people are mentioned. Nyar claimed that people from the West want to whitewash the entire history to make it look like blacks did not chip in yet they contributed everything. The fashionista said that although God is the same, He is just misrepresented.

Vivian alleged that the current education system was introduced by foreigners and was designed to make a black child fail. She added that formulas especially in mathematics were invented to make things complicated and that one does not need formulas to make it in life.

Nyar urged Africans to stick to their ancient way of dressing adding that it will help them easily identify each other. She said that the modern fashion invented by foreigners, grew out of the pain and sufferings of Africans and that it is aimed at mocking people from Africa.

Taabu urged sick people to use traditional herbs instead of exported medicine. She said that health is intertwined with the environment and that nothing in nature is against us. Nyar stated that human beings do not need drugs to make them feel high, as they have receptors to do it themselves.

Responding to the numerous complaints made about Gen Z, Nyar said that, unlike millennials, Gen Z are not scared of stepping into the unknown. She said that they are here to break the code and are ready for the consequences. Nyar urged the previous generations to prepare for the coming of Generation Alpha who are going to do the unthinkable.

Nyar said that our bodies are meant to guide us through life and she urged people to always listen to their instincts. She discouraged people against being people pleasers saying that it will make us stay away from our intended paths.

Vivian called out social media users calling her a witch adding that she respects witches as they are intentional and have good energy. She cleared the air and said that although she does not hate white people, she despises the information being driven to Africans by white supremacists.

Nyar opined that Africa has been in a narcissistic relationship with the West as they give a lot and receive nothing in return. She said that once Africans know the untapped potential of their continent, they will step into their power.

Hellen Wendy: Late Nurse's Dad Asks for Help to Transport Her Body Back to Kenya